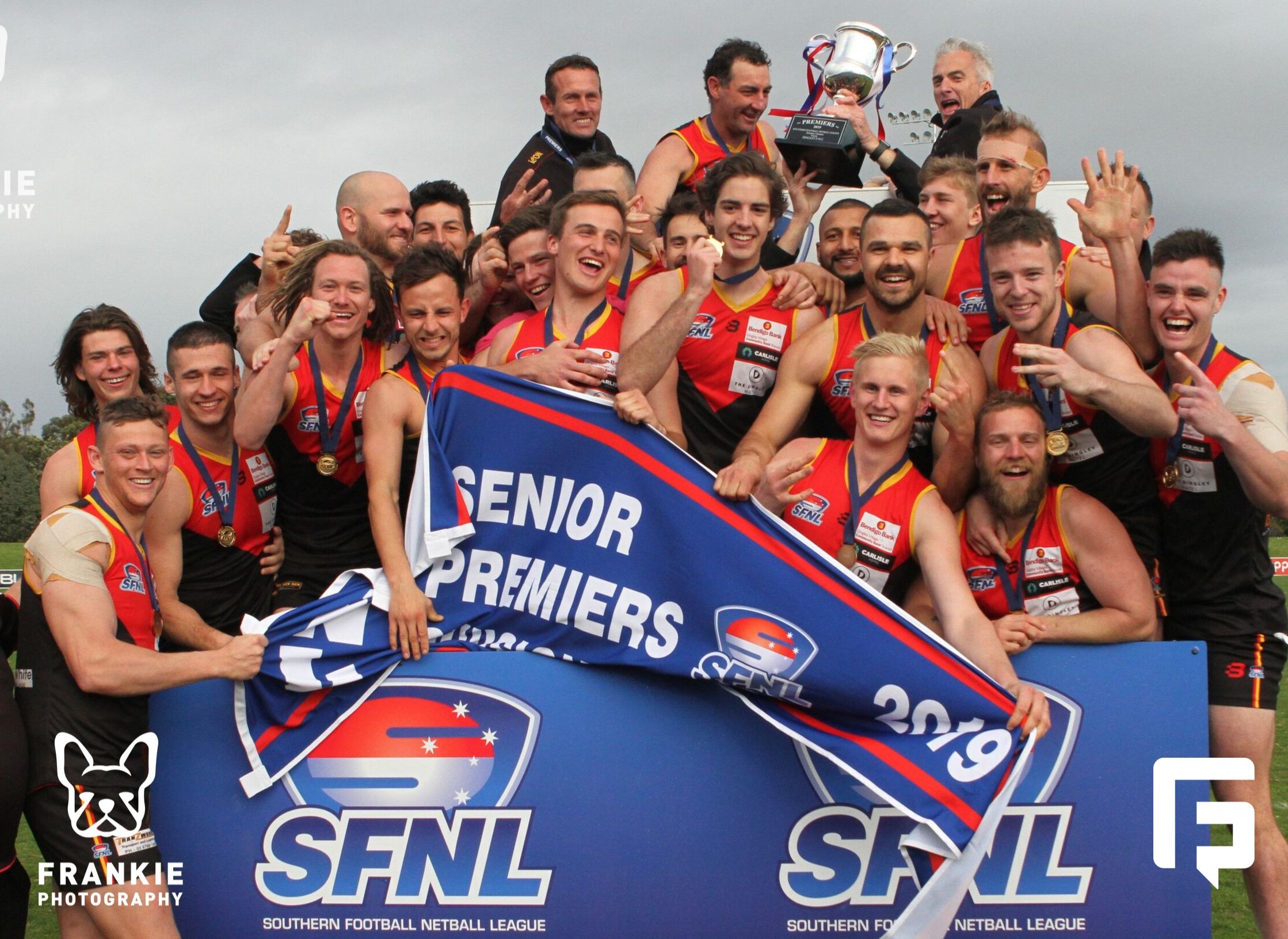 Dingley Returns to the Top

Dingley is the toast of the Southern Football League after taking out the division one grand final at RSEA park in Moorabbin, defeating Cheltenham by 12 points in a thriller for their fourth premiership in five years.

The Dingoes held the lead for three quarters and were held scoreless in the final term, but were able to restrict the Rosellas to just two behinds to hold on for a memorable win in tough conditions.

Superstar midfielder Chris Horton-Milne was the Meneilly medallist and led from the front alongside fellow stars Jack Ades, Lucas Walmsley and Danny Ades as it was the victors’ best players who did the damage.

Among those however was Dingley stalwart Troy Parker, who officially retired after the game, ending a fabulous 447-senior game career with the Dingoes.

Also retiring was defender Andrew Frost, a club legend who began his career with the Dingoes in 2004.

The game also marked the likely end of Dingoes’ mentor Shane Morwood’s tenure at the helm, with Danny Ades expected to take over next year.

Morwood began at the club in 2011 and coached Dingley to four flags.

Cheltenham was well served by gun midfielder Jack Worrall, who was at his best along with Daniel Vaughan and defender Sam Hayes, while key forward Will McTaggert was the game’s lone multiple goal scorer with two majors.

Dingley enjoyed a solid start to the game, hitting the scoreboard with two goals to just one in reply from Cheltenham.

Both sides had their chances in the first, each with four scoring shots, but it was the Dingoes with a five-point buffer at the quarter time break.

Momentum played a role for Dingley during the second term, with the Dingoes able to put three goals on the board to maintain their advantage.

As was the highly competitive nature of the game, Cheltenham put together two majors in reply, both to McTaggert, to be just 10 points down at the half time interval.

The game swung the way of Cheltenham in the premiership quarter, with goals to Dylan Weickhardt and Drew Kelly, who nailed a brilliant goal from the boundary, putting the Rosellas in front.

The Dingoes drew back ahead however, with Parker nailing a snap while ruckman Vergim Faik drilled a shot to put his side ahead by 14 points at the final change.

continued to lean the way of Dingley in the premiership quarter, but the Dingoes were unable to take full advantage, booting 2.4 to two goals straight from the Rosellas, but it was a goal to ruckman Vergim Faik

With the premiership on the line, it was hell for leather from both sides to start the fourth.

With all the pressure on the Dingoes, they had to stand tall and constantly repel attack after attack from defence.

Big man Danny Ades was the main for the job and was able to effectively stop several attacks from the Rosellas during a frantic final term.

It was part of a match winning effort from the Dingoes, who held on in a thriller to win by 12 points.