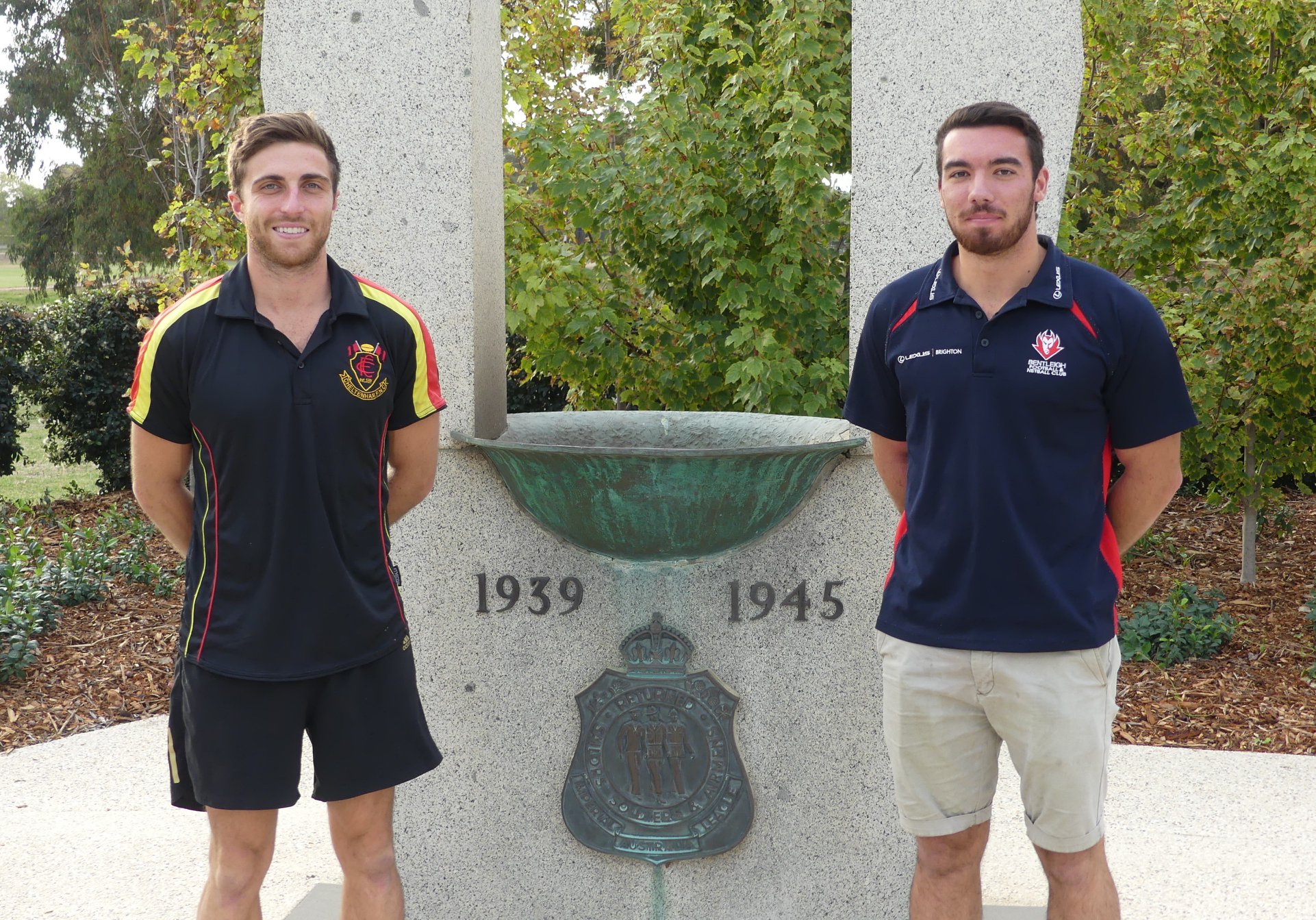 Tweet
The biggest weekend of the footy season is upon and outside of finals, the games that carry the most significance. Anzac Day is one of the most revered occasions on the calendar, giving us all the chance to reflect and show our gratitude for the sacrifices of the heroes of past generations. There’s nothing quite like the sounds of The Last Post, sending chills down the spine of players and fans alike.

Whilst it’s never guaranteed that the same teams will play off every year, the past few seasons have seen the beginnings of some traditional clashes forming. In the SFNL, the clash between Bentleigh and Cheltenham has drawn inspiration from the partners at Bentleigh and Cheltenham RSL’s, which has helped this showpiece event build in prominence. Just as it is in the AFL, the ANZAC Day game is something that all players are desperate to be a part of, to be involved in such an occasion is what players live for and in the SFNL, this is no exception.

For nearly 5 years now, both clubs have strived to make this event one that the entire community can be proud of and be involved in. This has been made possible by the amazing support and involvement of the Bentleigh and Cheltenham RSL’s, who have been instrumental in ensuring that the day is not only special for all involved, but will also appropriately serve as a reminder and show of gratitude for those who have given so much to this country.

Cheltenham FNC Club Secretary Colin Anderson said the event was “a great opportunity for the community and both clubs are very happy to be involved” and the occasion is a good chance to “thank our returned servicemen and women”. He also highlighted how the involvement of returned servicemen and women helps to make the day that much more special, such as that of Jim Brooks, who served in Darwin, New Guinea and Borneo and who is also a Cheltenham FNC life member and member of the Cheltenham RSL, who will toss the coins for the games this weekend. The coins being those used for two up to underpin the special occasion. Further underpinning it is the fact the goal umpires will wave Australian flags for each score, as Colin puts it “because a white flag means surrender.”

Bentleigh FNC Coach Pete Pirera was similarly reverential, saying: “It's always a pleasure lining up with the boys for the Anzac Day clash and honouring those who sacrificed everything for their country. The Anzacs taught us what true courage, camaraderie and determination is, and if we can apply this to our football, we won't be losing many games. As well as paying our respects to the Anzacs, it is also a great way for us to honour our local RSLs and stand together as a group of young men and leave nothing on the field for our club and those who support us.”

This year’s clash promises to have huge ramifications on the league, with Cheltenham sitting 3rd on the ladder, having not lost a game, and Bentleigh sitting 6th on the ladder, having won a game and lost one. The chance for Cheltenham to go undefeated and cement their spot inside the top 5 this early in the season is huge for their finals aspirations, whilst for Bentleigh, winning would keep their hopes of being involved at the business end of the season alive. A loss would see them begin to lose touch with the top sides, so they’ll no doubt be leaving everything out on the field, if not just for their finals hopes, then for the occasion itself. Perhaps most fittingly of all, Colin Anderson came up with a perfect final summation of the occasion, “it brings us all together which is fantastic… until the siren sounds.” Be sure to get down and take in the occasion, it promises to be an incredible day.