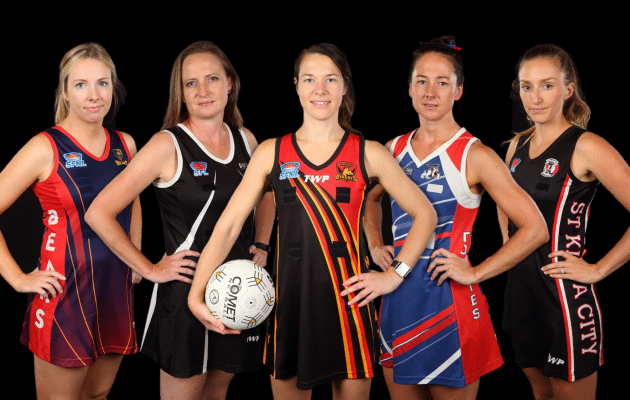 It was a cool, sunny August afternoon which delivered the Heatherton Football and Netball Club the most glorious day in their recent history. Close victories in the Division 2 and 3 deciders, coming from behind in each case, were one thing. The complete demolition of a Dingley unit that had won the three previous premierships in Division 1, however, was quite another.

It is a very different challenge from being the side that hunts the prize, to being the side that everyone else wants to catch. Not only does the top Heatherton side need to cope with this different level of pressure, but it must do so looking over their shoulders at their second side within the same division. The group that tasted defeat once only in Division 2 during their 2016 campaign now takes its place at the top table, as too does the St Pauls combination that gave it an almighty scare in that grand final seven months ago.

If anything, the victorious Heatherton side (dubbed Heatherton Black in 2017 to differentiate it from the Heatherton side that has ascended from Division 2) has strengthened even further from 2016. The club is looking to add 2015 Under 19 Australian squad defender Jacqui Newton and VNL player Liz Edwards to their playing list, whilst Brie Reichmann returns from injury to further strengthen the playing stocks. The Tunners have been able to avoid the loss of any key players from their 2016 list, and head into the new season confident of their ability to go deep into August once more.

The new, second Heatherton White side will be packed with young talent derived from last year’s Division 2 and Division 3 combinations. The aim is to develop their most promising players and fast-track their development by pitting their skills against the best that the SFNL has to offer. In Scott Regnier they have a coach that is familiar with the capabilities of his squad members, and the strong bond he already has with them will be vital in developing the cohesion that will be needed for them to be competitive in this league.

Heatherton is confident that this White side will hold their own in Division 1, without imposing any huge expectations. They also believe their young talent down the divisions, led by Steph Peacock, Acacia Quinn and Claudia Papatsikos in Division 3, will set them up for a strong future.

The Dingley side that were beaten by Heatherton in the Grand Final are confident that they know what went wrong when it mattered most. To this end, the focus for this year is firmly fixed on doing what they do best, combining strongly as a team and forming a tight-knit group with a structure that will stand up to scrutiny in the big matches. They have picked up VNL defender Chloe Sinclair to offset the loss for many weeks of Alicia Wise. The only other major change at Dingley is that of the coach, with Penny Byers-Timms vacating the chair due to a work opportunity and handing over to Adrian Ballantyne, another with VNL experience at Monash. Cath Fogarty (Division 2), and Mel Ades (Division 3), also take on coaching roles in 2017.

Whilst not being able to replicate their grand final appearance in 2015, Keysborough’s 2016 still showed the consistency and composure that has been a hallmark of their game since they joined the SFNL. Although shaded by Heatherton and Dingley, the Borough still finished a creditable third, only subsiding after a preliminary final against Dingley that challenged for match-of-the-season honours. It remains to be seen whether the loss of inspirational defender and leader Samantha Downie can be covered. There is enough ability in the squad to be competitive this year. Whether this translates to another finals berth, only time will tell.

Last year’s surprise packet was Division 1 debutants Caulfield. The strength of the side was a mid court which batted deep in terms of talent and depth, and amply fed a shooting division led by runaway top scorer Sophie O’Shea. The problem faced by the Bear girls was that even though they may have scored freely, they were just as liable to be scored against at the other end. The brains trust at Caulfield, led by incoming coach Sue Kimber, knew this only too well and recruited in areas that needed strengthening, whilst working hard at defensive structures. Word out of Koornang Park is that this side may be one to watch this year.

St Kilda City have promised much but in the last couple of years have delivered little in terms of positive results in the top division. The girls from the Peanut Farm, however, attack the new season with a very positive outlook, confident that the winds of change will blow success their way. Only three or four of last year’s squad remain in the Division 1 side, with the remainder of the spots filled by new recruits. Whilst there may not be the big names wielded by other clubs, coach Mel Starr is relying on work ethic and depth to take the club places in 2017, targeting finals in Division 1 and a premiership from their collection of lower grade sides.

Bentleigh in 2016 may have finished last in Division 1, but few that played against them were rewarded with an easy afternoon at the office. This year Bentleigh brings a very young side that they hope will develop strongly, as some of their senior players, including Mariah Deacon and Michaela Russo take a year off. Michelle Cunningham has been recruited as head coach, and will look to impart her knowledge to three sides lacking experience. The success of Bentleigh’s season will be measured not by wins and losses, but by their improvement from the start of the season to the end, and they will certainly be worth watching.

This leaves the other new side to Division 1, the newly promoted St Pauls. They may have thought that promotion had come a season earlier than they would have liked, but they are warming to the idea of once more pitting their skills against the best the SFNL has to offer. St Pauls look to the new season with a similar squad to that of 2016, but the addition of Megan Hendry, a composed defender with a basketball background, will assist in the transition. Similarly, the return from a serious foot injury of the talismanic Ann Cooper, and the retention of star shooter Grace Healey are major boosts to the young squad. St Pauls struggled on without a coach when last at this level two years back. Tim Blackwood did a fine job in 2016, and new coach Mark Bormanis will be confident of further improving the cohesion within the team and keeping it competitive.