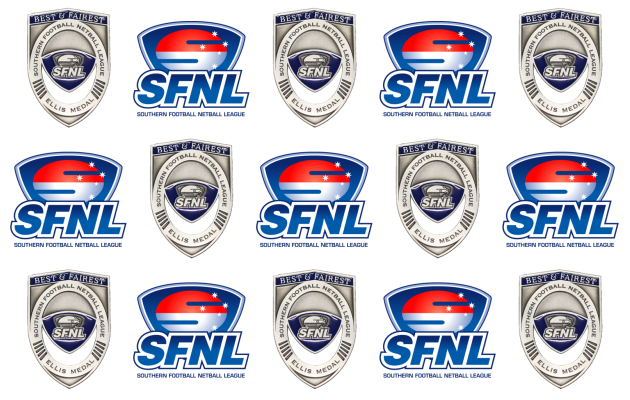 Later this evening the greatest individual prize the Southern Football Netball League has to offer, the Ellis Medal, will be awarded to the fairest and best player in the Division 1 Senior competition. And after one of the most even seasons in many a year, this one is a wide open race.

Premiers Dingley have been the most impressive team all year, but it is difficult to pick a clear standout in that side, given the vast and even spread of contributors across the park. So, too, their opposing grand finalist in Bentleigh, whose array of big guns all fired at various stages.

We could probably rule a line through the bottom two teams in East Brighton and St Kilda City, who didn’t win enough games for any of their players to be seriously considered, but every other side has had exceptional performers throughout the season that could put their hand up for the prestigious award.

All that being said, below is a list of who I believe to be the leading contenders to take out the 2016 Ellis Medal.

The Bentleigh skipper has been one of the driving forces behind his side’s ascension from sixth last season to a Grand Final appearance in 2016. Lawry has dazzled off half back again this year with his line-breaking runs and his penetrating right foot, and his unwavering consistency had been extraordinary. It would be a pretty safe bet that he would lead the competition in metres gain if such a statistic were kept, and his poise and precision ensures hardly one disposal goes to waste. The reigning Ellis Medallist is also a two-time Division 2 Best & Fairest winner, so is a noted vote getter. As such, Lawry will likely enter this year’s count as the favourite, but I would be wary of teammates Andrew Walsh and Sam McGarry stealing votes off of him. Dingley had so many contributors this year, but Farmer is their best chance for the award. Although he regularly plays as a strong-bodied midfielder, providing plenty of class around the stoppages, Farmer is equally capable up forward where he averaged two goals per game this year. He booted a staggering 11 goals against the Vampires to set up an incredible win in Round 9, for which the three votes should be a lay-down misere. He started the year with a blinder in the standalone Season Launch match against St Pauls, and further underlined his big-game credentials with a sublime five-goal performance in the Grand Final a fortnight ago. However, like Lawry, I expect he may have quite a few mates robbing him of votes. In a team full of stars, none shines brighter than Paul Fermanis. Clearly the Oaks’ most valuable player, the experienced veteran been a one of the most influential and dynamic in the competition. He versatility is his key asset, and can play numerous roles as required. He is an absolute bull through the midfield, with his powerful and athletic frame allowing him to dominate around the contests, but he is equally adept up forward where he booted 39 goals in 17 home and away games. A big-game player, Fermanis can always be relied upon to stand up when required – he was near best on ground in his team’s upset away victory over Dingley in Round 15 – and is rarely missing from the District’s best each week.

I’m a massive fan of this bloke. A dashing half back with beautiful skills, Ray has taken his game to another level in 2016 and is simply a joy to watch in action. He is such a smooth mover and breaks lines with his penetrating run and carry. Ray also possesses a booming right leg, which he frequently puts to good use. He rarely misses his targets, and his ability to dob goals from long range is spectacular. His best games are blindingly good and he should poll a few best on grounds along the way. But if he can also poll some minor votes in a couple of their losses, he could challenge for a podium finish, which would be an excellent result. A bit of a left field choice perhaps, but Cal Cathcart is my smoky for the Ellis. The mercurial midfielder has talent oozing out of every pore, and has been superb in his first season back from a serious knee injury. His explosive speed and deft footwork makes him one of the most elusive players in the competition and he runs rings around most opponents. He knows where the goals are too, slotting including a bag of eight against East Brighton that should earn him the three votes. In fact, Cathcart could feature prominently in the votes in almost all of the Dogs' seven wins this year. The million-dollar question is; did they win enough games for Cathcart to feature at the pointy end?