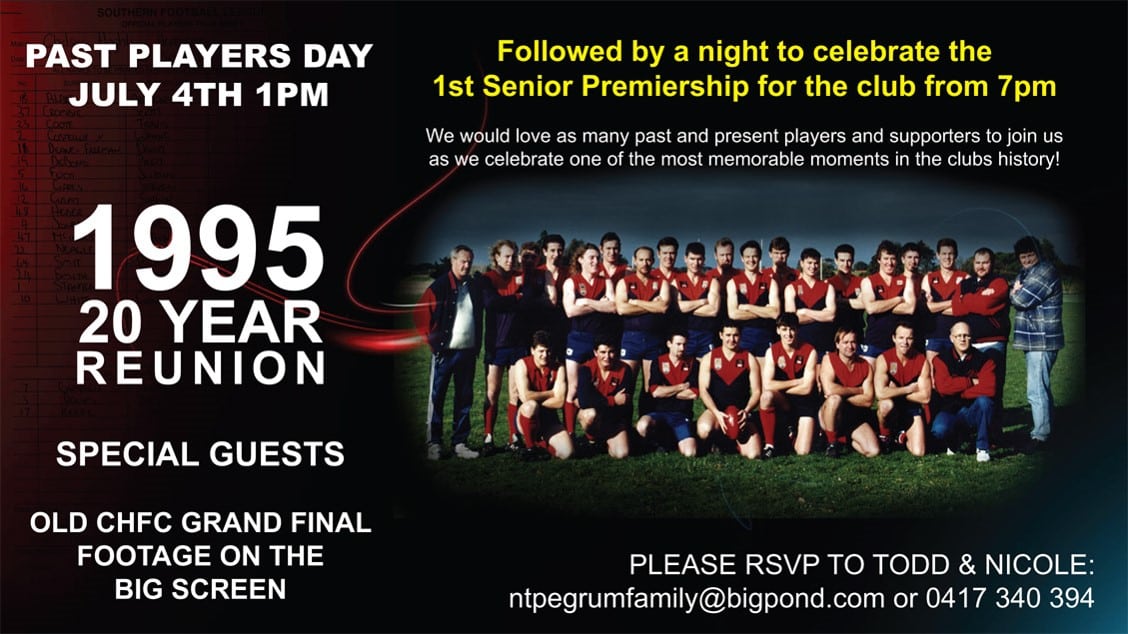 Jeff Kennett was Premier of Victoria

The movie “Babe” was released

Carlton beat the Cats to win the AFL flag

AND THE MIGHTY HEIGHTY’S WON THEIR 1ST SENIOR FLAG!!!!

During the day we encourage as many past players and supporters to come down to the club to enjoy some cracking games of footy against Cheltenham while catching up with some familiar faces from the past and present. Followed by a great night honoring that 1995 premiership team.

Please be sure to pass on this information to those past players and supporters that may no longer have contact with the club as we’d love as many of the building blocks of the club involved.