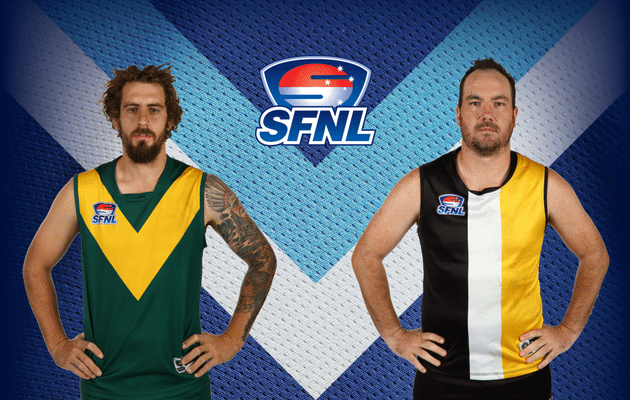 When Ashwood hosted Endeavour Hills earlier this season, the Magpies won by a couple of goals despite kicking a wayward 6.13 for the day.

Ashwood’s structure in defence and pressure on the ball carrier were the major reasons it prevailed.

George Lithotomos was one of the stars for the Magpies then, but he has managed just six games this season and none since late May.

His presence around the halfback line is missed as he does a great job of turning defence into attack.

Zippy Magpie forward Frank Martinicchio also played in the last meeting with Endeavour Hills but hasn’t been available since.

Endeavour Hills has also experienced injury problems throughout the season, but the Magpies are harder hit at present.

His father and coach Mick indicated his son provided much needed height to a side that keeps losing tall players to injury.

Ashwood did enough to hold off a fast-finishing South Yarra in Round 11, but sustained further injury setbacks in the process.

Endeavour Hills’ away win over top side Hampton Park last start will fill the Falcons with confidence.

They should get the job done at home against Ashwood.

However, with the likes of the Carroll brothers, Jake Chapman and David Reilly the Magpies shouldn’t be underestimated.

Hallam must defeat South Yarra this weekend or relegation to Division 4 becomes a near certainty.

Although still winless in 2018, the Hawks have a realistic chance to reel in the Yarras, who have won just once this season.

In Round 5, South Yarra appeared in control at three quarter time before Hallam stormed home, giving the Yarras a fright.

Although South Yarra hung on by 10 points, the Hawks’ finish then will give them belief they can claim the points this time on home soil.

This week’s game will be played with finals-like intensity, with both sides fighting tooth and nail to minimise the threat of being demoted.

Hallam is due for a breakthrough win but its dismal percentage will ensure it can’t yet sneak past the Yarras on the ladder.

Springvale Districts should be untroubled against Black Rock as was the case last time the sides met.

However, a handy addition to the Jets’ line up since that last meeting is Sam Nickless.

The red-bearded recruit is a recent arrival from the Northern Territory Football League.

He bolsters Black Rock’s ruck stocks and offers plenty around the ground.

Against Heatherton last week, Nickless spent much of the first half in the ruck before shifting forward in the third term.

Although he went goalless, he looked dangerous.

With him and skipper Tom Dalton alternating in the ruck, the Black Rock midfielders will be brought into the contest.

But the Jets’ form in losing to sixth-placed Heatherton last round does little to suggest they can overcome the high-flying Springvale Districts this time.

Hampton Park will be smarting after tasting defeat at home for the first time since joining the SFNL competition.

The Redbacks will be ruthless when they travel to Ross Street Reserve.

However, Heatherton should improve on its last outing against the Redbacks.

On that occasion, the Tunners managed a solitary goal for the day, going down by 61 points.